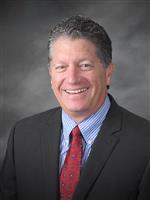 Family:
Doug and his wife, Sandy, have lived in Carmel Valley since 2002. They have three children, all of whom attended Ashley Falls School.
Education:
Doug received a BA in Speech Communication from California State University, Northridge and received a Juris Doctorate degree in 1991 from Thomas Jefferson School of Law.
Professional:
Doug has been a practicing attorney since 1992 and has worked in all facets of litigation, representing plaintiffs, defendants and insurance companies. His primary focus has been in the field of complex construction defect litigation. Doug has his own practice in the Carmel Valley area where he focuses on serving as a mediator for contested and litigated claims.
Community Service:
Doug is an advocate for excellent education. He was a very active parent while the 7/11 committee was seated. He was appointed to the Board’s Financial Task Force.  Doug continues to be an active member of the community.

Board Responsibilities:
Doug is serving his third term as an elected member on the School Board. He served as Governing Board President from 2013-2017.  Doug is currently serving as Board Representative to the North City West School Facilities Finance Authority and alternates with other members as Board Liaison to the Del Mar Schools Education Foundation (DMSEF).